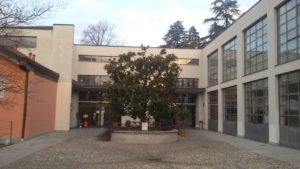 The Frera’s motorcycle museum is a very particular site because tells the history of the “first Italian motorcycle industry”.

The museum has been obtained inside the old factory of Frera’s industry.

On the 1905 Frera’s industry started its production of motorcycles, bikes and sidecars.

The museum is on the first floor of the building.

On the ground floor there are a big library with a newspaper library, a conference hall, a euphonic room, a cafè and other rooms where the students can study. 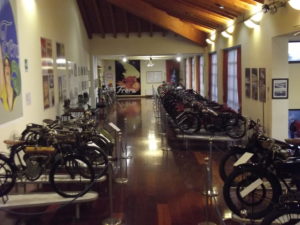 The motorcycle collection is rich and various, but the core of the museum are Frera’s motorcycles.

At the top of upstairs or out from the lift you can see motorbikes that have signed the history of motorcycling such: 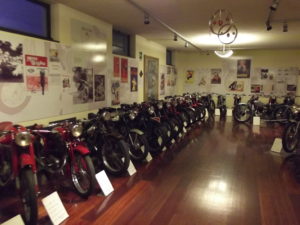 The visit takes about an hour.

The entrance is free and, if you wish, you can make an offer.

Before to go to Frera’s pavilion I suggest you to see the other parts of museum.

There are rare models of: Bianchi, Gilera, Lambretta, MV and Piaggio. 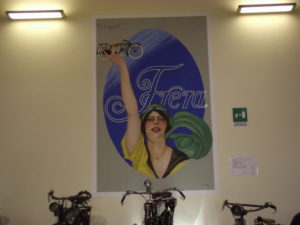 It is time to visit the Frera pavilion and it is like a leap into the past of over a century.

You can see the evolution of Frera motorcycles.

The Frera’s motorcycle industry was an innovating company.

The birth of the museum was only a matter of time.

Between the 1905 and 1936 the Frera’s factory produced great benefits for the city of Tradate.

In 2000 the direction of Tradate chose to save the history of Frera through the museum.

The museum opened its gates on 2005, to celebrate the century of the Frera’s Industry.

Frera had sporting successes between 1911 and 1927 against rivals such as Benelli, Bianchi and BMW.

It’s motorbikes was solid and fast, they were able to go run over 100km/h.

On 1914 an actual Magazine of motorcycling, dedicated its first number to Frera Motorcycles, its name is “MOTOCICLISMO”.

In 1914 the cover of issue 1 of the magazine, still active in Italy, “MOTORCYCLING” was dedicated to the Frera.

The work was ok until 1929, when the big international crisis hit all country from the U.S.A and Europe.

Frera’s management couldn’t to fight that crisis and after few years closed the factory, on 1936.

The muesum is also part of the circuit “Varese Motorland”, an association in the Province of Varese which promotes motorbike tourism.

Thanks to the museum management for their help to writing the text of this article.

How to reach The Frera’s motorcycle museum

How to get there from Varese:

Take the SS 233, at the 3rd roundabout in Tradate turn left in the direction of centre, in via G. Bianchi, after the big church of “Parrocchia prepositurale di Santo Stefano”, at the roundabout turn right and go straight on for about 515mt you arrived at the parking of the museum on left.

How to get there from:

Follow the direction to Mozzate until the end of the way with a traffic light.

Turn on left and follow the direction to Varese on SP233, cross Locate Varesino, go to the city and follow Via Fiume, Via Guglielmo Marconi until the railway level crossing.

After the crossing railway take the second way on right and at the next roundabout exit at the third exit, after about 65mt turn right to the museum parking.

Where you can eat (Tradate)

Where you can sleep (Cairate)

Fisogni Museum of the petrol station

The medieval village of Castiglione Olona